The History of Lutherans in Britain

Lutherans take their name from Martin Luther, an Augustinian monk and theologian in 16th century Germany. He believed that the church was ignoring or contradicting important teachings of Christ, and that it had become corrupt as an institution. Because his convictions were deeply felt, in 1517 he published 95 theses for discussion and debate within the church. His aim was to reform the church so that Christ’s gospel was restored to the central position in the church’s life and teaching.

Luther did not want to leave the church, but the church’s leadership regarded his views as disturbing and dangerous. In 1520 Luther was excommunicated. Luther, however, continued to proclaim his views in his preaching, teaching and writing, and he was supported by a growing number of people, including many clergy and secular rulers. In a short time large areas of Germany became ‘Lutheran’, and ‘Lutheranism’ took root in other European countries and in Scandinavia. 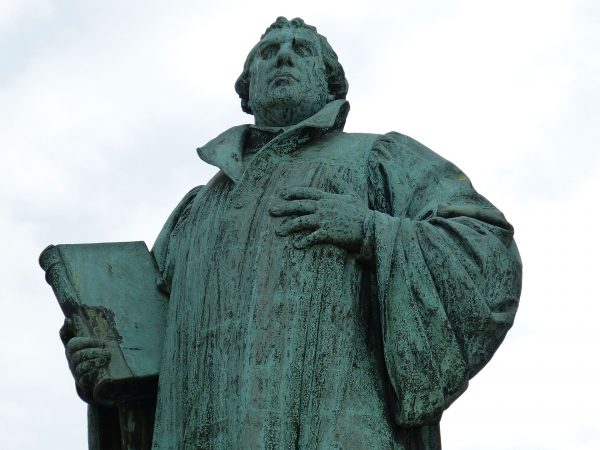 The Lutheran Church was the first church to grow out of the Reformation movement. The Reformation was kindled by Luther’s 95 theses and rapidly spread throughout Western Europe, influencing also the church in Britain at the time of Henry VIII.

The Lutheran Church continues to be one of the largest churches in the world, developing first in Germany, Scandinavia and the Baltic, and now comprising some 65-70 million members in all regions of the world.

Lutherans have worshipped in England for several centuries. The first official congregation was established in London in 1669, used by Germans and Scandinavians. By the end of the 17th century, two further congregations (one German and one Scandinavian) had been established. For a more detailed history of Lutherans in Britain, click here.

In recent years, the number of Lutherans in Britain has been augmented by the opening of borders within the European Union, as well as the arrival of many Africans, particularly from East Africa and the Horn. Now there are Lutheran parishes and congregations in all parts of the country and Lutheran worship is conducted in a wide range of languages in Britain, reflecting Lutheranism’s international character – Amharic, Cantonese, Danish, English, Estonian, Faroese, Finnish, German, Hungarian, Icelandic, Latvian, Mandarin, Norwegian, Oromo, Polish, Swahili, Swedish and Tigrinya. Taking these nationalities together, there are more than 100,000 Lutherans in Britain, mainly from the Nordic countries.